Consult with our Forensic Meteorologists for expert services, including written reports and trial testimony

WeatherBELL Commercial provides industry-specific weather data and forecasting to help you anticipate and prepare for the effects of weather on your business. Factoring weather into your business is difficult, but important. We are here to help you make more confident and informed decisions. 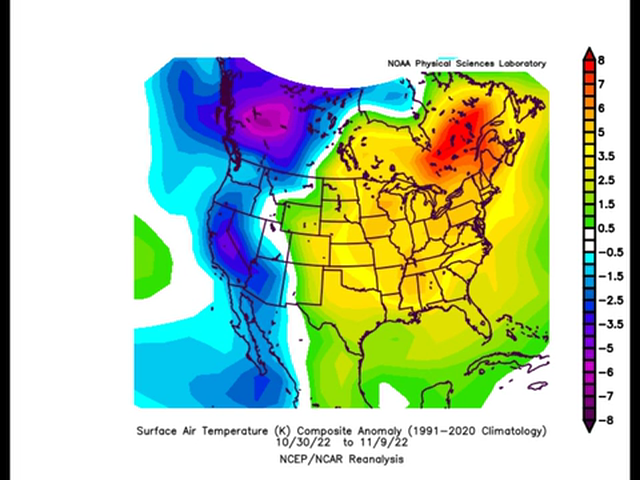 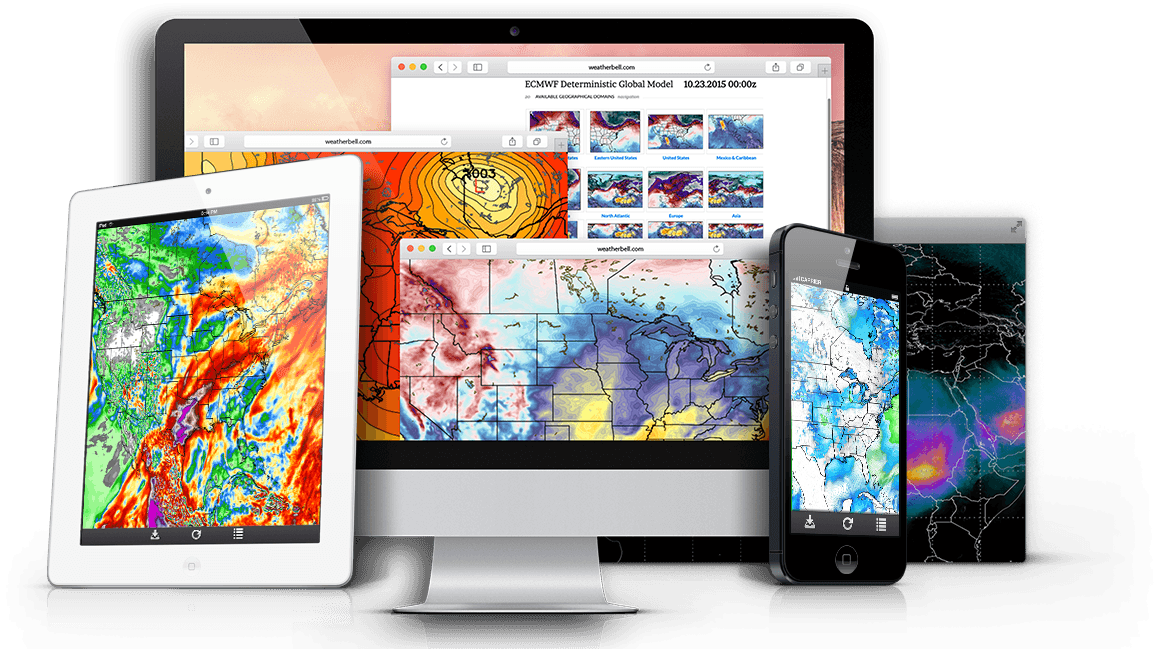 Check out WeatherBELL in the press. 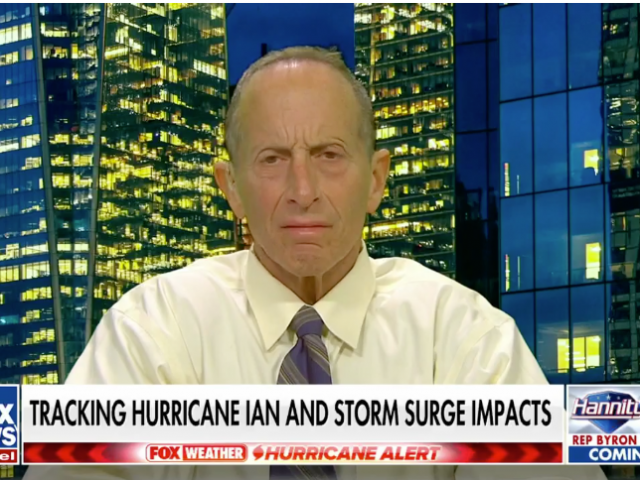 Joe Bastardi continues to be ahead of the curve on Ian 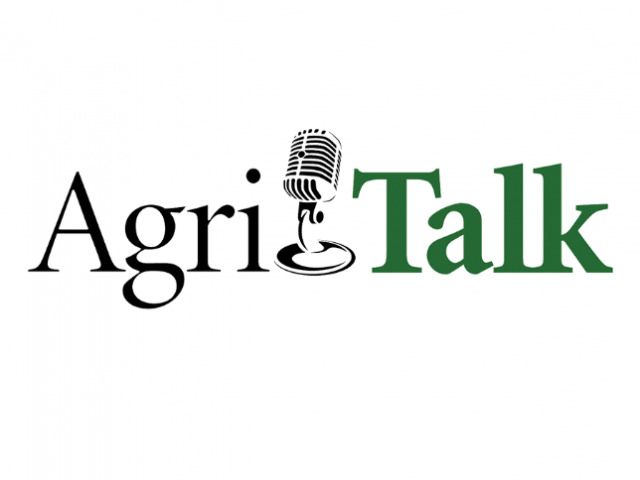 At WeatherBELL, we are uniquely positioned to help your business prosper by advising you about one of the most complex systems under the sun: weather. Such complexity demands cross-disciplinary skills – with over 100 years of collective experience spanning such diverse topics as meteorology, statistical modeling, business, law, computer science, engineering and broadcasting, it is our mission and pleasure to render the complicated comprehensible.

Mr. Barak's passion for weather and keen interest in its economic impact on the private sector led him to assemble a team capable of the most accurate forecasts. He developed a close relationship with two meteorologists, Joe Bastardi and Joe D'Aleo, whom he believed to be second to none in forecasting ability.

Prior to founding WeatherBELL, Mr. Barak was a Vice President at Crossways Consulting Group, an aerospace/defense focused consulting firm. Mr. Barak helped develop channels to market and business opportunities for clients in the United States and abroad. He worked alongside industry leaders where his input was strongly valued.

Mr. Barak received his Bachelor's Degree in Engineering from Cornell University in 2005.

Thomas Downs serves as Chief Operating Officer for WeatherBell Analytics. He has been with WeatherBell since January 2014, ensuring that all of the commercial forecasts are issued in a timely manner. He also provides forecasting expertise and support to a wide variety of commercial-level clients.

In his capacity as Director of Forensic Meteorology, Mr. Downs continues to serve the legal and insurance communities, which he previously did for over 10 years while at Expert Weather Investigations and Weather 2000, Inc. He has provided hundreds of expert reports for a broad spectrum of legal and insurance cases in various state and federal jurisdictions and has been cited in multiple appellate court decisions. Mr. Downs has been deposed and has appeared in court to testify as an expert in analyzing official weather records. He has been interviewed by various media as a weather expert, and has assisted in the production of various documentaries.

Tom earned a B.S. in Atmospheric Sciences from Cornell University and is a member of the American Meteorological Society.

Joe Bastardi is an institution in the science of weather prediction and is co-chief Meteorologist at WeatherBell, which he joined at the companyâ€™s founding. Many companies across a multitude of industries, including energy, winter maintenance and retail/supply chain, are profiting from his forecasts. His exceptional skills are rooted in a comprehensive understanding of global oscillations and in-depth analysis of historical weather patterns. Mr. Bastardi's analog approach, which finds similarities between current and historical weather patterns, allows him to make an accurate forecast, sometimes in defiance of computer model consensus. Mr. Bastardi is well known for his WeatherBell Premium blog, featuring the popular videos "The Atmospheric Avenger," "The Raging WeatherBullâ€ and "The Saturday Summaryâ€.

During his 32 year tenure at Accuweather, Mr. Bastardi built a large private client services business and honed his skills at applying his knowledge of the weather to various applications. His reputation for making bold and accurate forecasts has landed him on major television programs including Fox News Live, ABC World News, The O'Reilly Factor, The Colbert Report, CBS' The Early Show, Imus in the Morning, and several others.

Joseph Dâ€™Aleo has been co-chief Meteorologist of WeatherBell since the company started in 2011, is a major contributor to WeatherBell Premium and serves WeatherBell Commercial and WeatherBell Premium Agriculture clients. He continues to research how sea surface temperatures, global oscillations, soil moisture and solar cycles influence seasonal weather.

Mr. D'Aleo was a co-founder and the first Director of Meteorology at The Weather Channel. He has over 45 years experience in professional meteorology, previously Chief Meteorologist at Weather Services International Corporation and the WSI Intellicast.com website. He was a partner and Chief Meteorologist at a hedge fund trading energy and agriculture before joining WeatherBell at its founding.

Mr. D'Aleo was a college professor and chaired the Meteorology program at Lyndon State College. He has authored a resource guide on El NiÃ±o and La NiÃ±a and papers on how research into ENSO and atmospheric, oceanic and solar oscillations have made skillful seasonal forecasts possible. Mr. D'Aleo has also published numerous peer-reviewed papers and books and made numerous presentations focused on seasonal forecasts and their impacts on agriculture, energy, and industry to conferences for government, professional societies, and industries in the U.S., Brazil, Canada and China.

Antonio Riggi has been with WeatherBell since December 2013 and specializes in obtaining, processing, visualizing, and rendering large meteorological datasets, including maps and data products.

Mr. Riggi's interest in meteorology goes back to the many snowstorms he experienced growing up in northern New Jersey. His desire to learn more about meteorology led him to pursue a degree and ultimately a career in meteorology.

Antonio earned his Bachelor of Science degree in 2010 from Rutgers, The State University of New Jersey and Master of Science degree from Florida State University in 2013. In his graduate work, he investigated transport and dispersion of atmospheric tracer gases using high-resolution modeling ensembles, also employing variational data assimilation, through which he gained extensive knowledge of the inner workings of numerical weather models.

Christopher Dickson joined WeatherBELL in July 2021 and specializes in the development and maintenance of meteorological software products.

Mr. Dickson’s interest in weather started at a young age and continued through his time as an undergraduate student at Cornell University, where he collaborated with researchers and performed television broadcasts at Ithaca College’s local television station. After graduating with a Bachelor’s in Atmospheric Science he worked as manager of tropical cyclone products at Climate Forecast Applications Network for three years before joining WeatherBELL.

Chris joined WeatherBELL in August 2022 and specializes in front-end and back-end development of all WeatherBELL website and data API technologies. Chris brings over 30 years of broadcast, developer, vendor and media sales experience to WeatherBELL.

Prior to WeatherBELL, Chris was an on air meteorologist for WMTW in Portland, Maine and WMUR in Manchester, NH. He also appeared in a fill-in capacity on NECN in Boston and appeared on CNN and ABC's Good Morning America for guest segments.

After broadcast television, Chris moved behind the camera at IBM/WSI to design graphics for stations across the US and Canada. Chris served as trainer, graphics coordinator and eventually joined the development team for WSI's TruVu MAX.

Chris worked for Vizrt, a leading graphics display system in the broadcast industry building their broadcast weather and traffic platforms for sale in North America.

Chris holds a BS in Meteorology and BA in Mathematics from Lyndon State College (now Northern Vermont University) in 1992. He resides in New Hampshire.

Jim Woolsey is a Board Member with WeatherBELL Analytics, LLC.

Jim is also a Venture Partner with Lux Capital, and a Venture Partner and Senior Advisor to VantagePoint Venture Partners. Previously, Jim served in the U.S. Government on five different occasions, where he held Presidential appointments in two Republican and two Democratic administrations, most recently as Director of Central Intelligence from 1993-1995.

Jim has also been a Vice President and Officer of Booz Allen Hamilton and a partner at the law firm of Shea & Gardner in Washington, DC, now Goodwin Procter, where he practiced for 22 years in the fields of civil litigation, arbitration and mediation. Jim currently chairs the Strategic Advisory Group of the Washington, D.C. private equity fund, Paladin Capital Group, and is Counsel to the Washington, D.C. office of the Boston-based law firm, Goodwin Procter. He also serves as an officer or advisor to a range of government, corporate and nonprofit groups, including the National Commission on Energy Policy, the Foundation for Defense of Democracies, and the Clean Fuels Foundation. Previously, he was Chairman of the Executive Committee of the Board of Regents of The Smithsonian Institution, and a trustee of Stanford University. 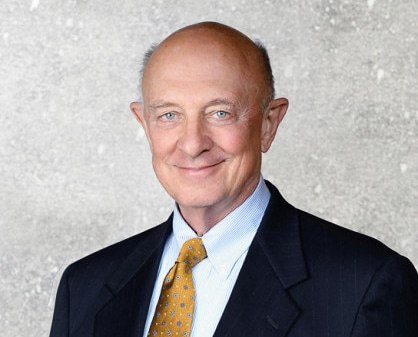 Tuvia Barak has served as a Board Member with WeatherBELL Analytics since 2013.
In 1982, Mr. Barak joined Tadiran, Inc., the North American subsidiary of Tadiran, the largest electronics conglomerate in Israel. During his 12-year tenure, over $3 billion in revenue was achieved under his direction, and Tadiran became one of the major suppliers of tactical communications to the U.S. Army. Mr. Barak developed strategic alliances and partnerships with some of the largest aerospace and defense companies. In 1993, Mr. Barak established his own marketing and consulting practice, advising U.S. and international companies on business development, marketing strategies, technology assessment, and mergers and acquisitions in the aerospace and technology fields.

Mr. Barak is a member of the Board of Directors of Skyline Software, WhiteCanyon Software, and Toonimo, a Venture Partner with Lux Capital, and special advisor to Kymeta Corp., and Heller Industries. He previously served as a Board Director at Brashear LP., Fairchild Imaging, and Arinc Corp., all of which were acquired by major companies with exceptional returns to their investors. His many clients have included The Carlyle Group, Boeing, L-3 Communications, ITT, General Dynamics, AAI/Textron, BAE, EDS, DRS, Elbit Systems, Schott, Selex, Ness Technologies, Vought Aircraft, SanDisk, United Defense, Mantech International, NanoSys, MapInfo, Rockwell Collins and Raytheon. Mr. Barak has a M.Sc. in E.E. from the Technion Institute of Technology, Israel. 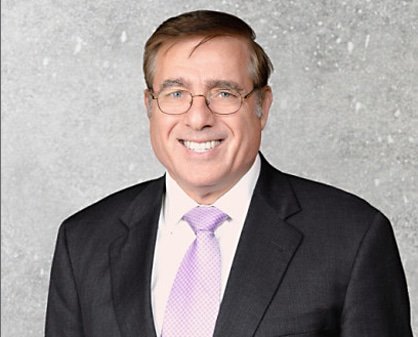 Mr. Pudles has been a Board Member with WeatherBELL Analytics since 2011.

Steve has more than 30 years of electronics manufacturing industry experience. His most recent positions include CEO of Spectral Response, CEO of API Technologies Corp. and API Defense USA and CEO of Nu Visions Manufacturing (OnCore).

Mr. Pudles has been a member of the Board of Directors of the IPC, a leading global electronics manufacturing trade association, since 2000 and has recently served as Chairman, Vice Chairman and headed the Budget & Investment Committee, Nominating and Governance Committee, and Audit Committee. Steve also serves as co-Chairman of Origo Acquisition Corp., A SPAC in the Aerospace, Avionics and Defense space, a Director for Answernet Inc. and Apex Remarketing Group (ARG), as well as WeatherBELL. Steve has a Bachelor's of Engineering and Master of Science in Management from Stevens Institute of Technology. 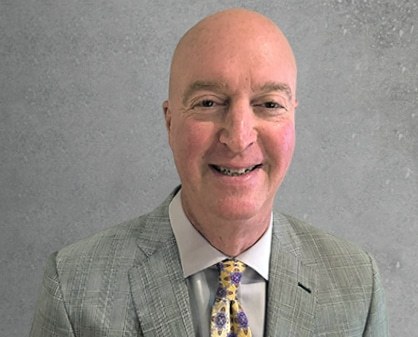 Mr. Barak's passion for weather and keen interest in its economic impact on the private sector led him to assemble a team capable of the most accurate forecasts. He developed a close relationship with two meteorologists, Joe Bastardi and Joe D'Aleo, whom he believed to be second to none in forecasting ability. Prior to founding WeatherBELL, Mr. Barak was a Vice President at Crossways Consulting Group, an aerospace/defense focused consulting firm. Mr. Barak helped develop channels to market and business opportunities for clients in the United States and abroad, working among industry leaders.

Thomas Downs serves as Chief Operating Officer and Meteorologist for WeatherBell Analytics. He has been in the weather industry since 2003 and with WeatherBell since January 2014, becoming an integral member of the team in various business and operational capacities.

Tom earned a B.S. in Atmospheric Sciences from Cornell University and is a member of the American Meteorological Society.