It wouldn't surprise us to see near a +5°F departure in the southern High Plains. Though statistically, that would be improbable (3 standard deviations from the mean), I am not going to pull any punches - a near-record warm summer is our expectation. It looks to me like we are looking at conditions similar to 2011, which actually has higher temperatures than we do: 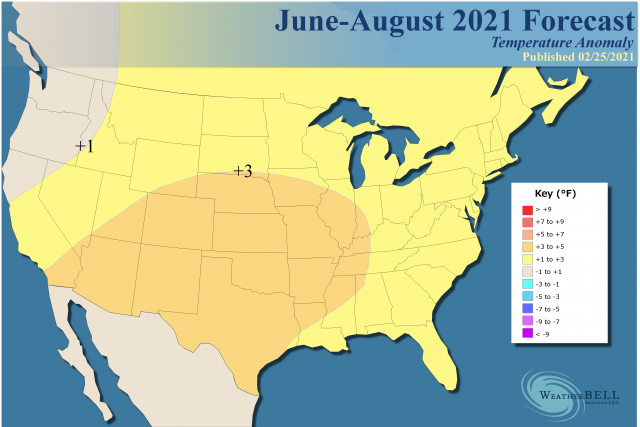 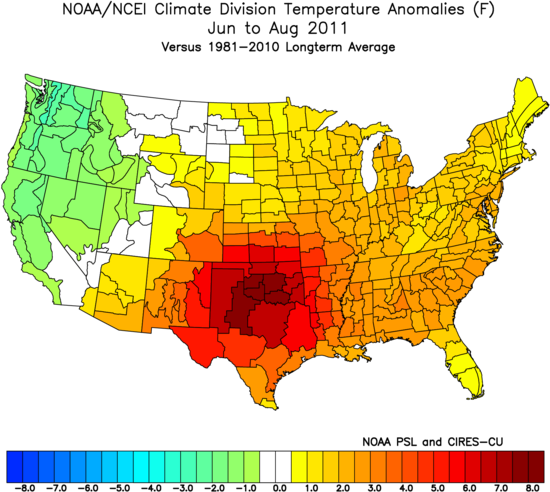 We are expecting the La Niña to redevelop and be a second-year La Niña. These have a habit of being quite hot.

While both have widespread warmth, the Euro and Canadian are a bit bothersome, centering the heat farther to the north: 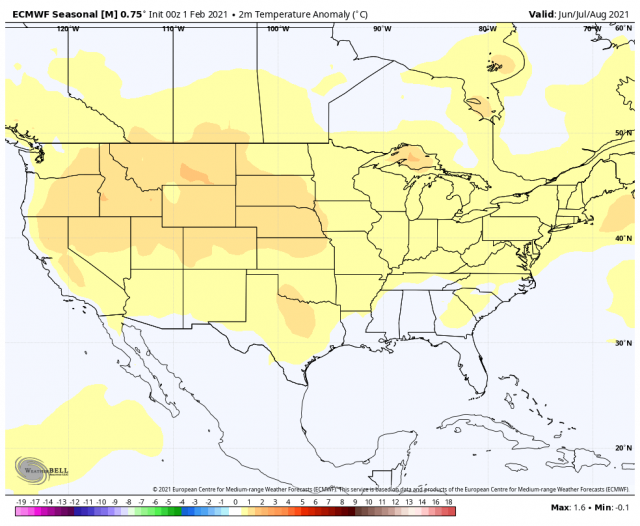 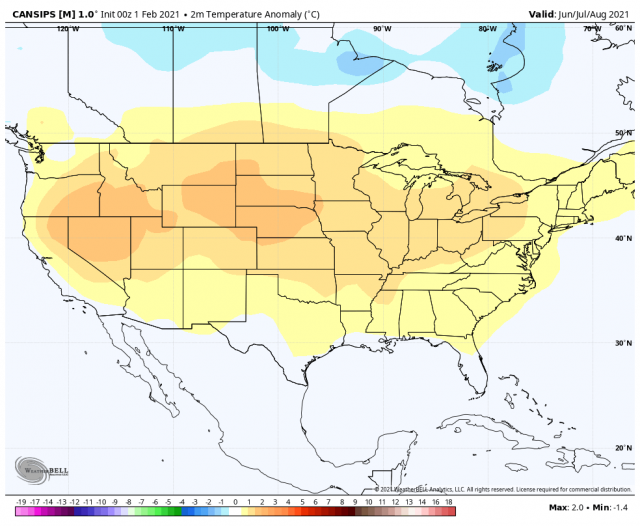 This is the first shot out of the gate with this 3-month period and it looks like a lot of widespread warmth. The argument may be where is it centered. At this time I like Texas and the forecast reflects that. Within the individual months, there will be some variability. For example, June 2011 saw above normal HDDs, as rain-cooled air held on in places.