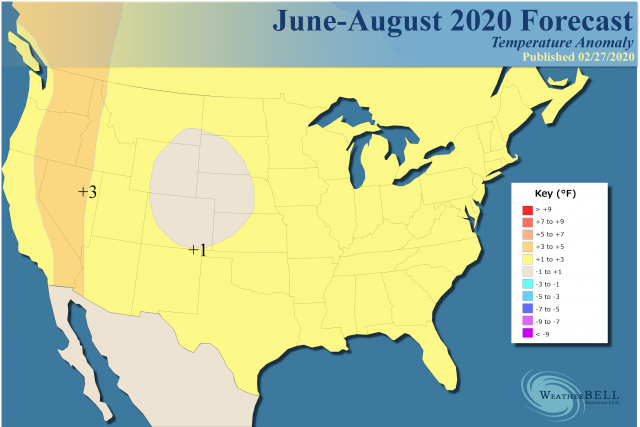 Our summer forecasts have been pretty good over the last several years, and this year's forecast has some fairly high confidence. It's mainly a blend of models. 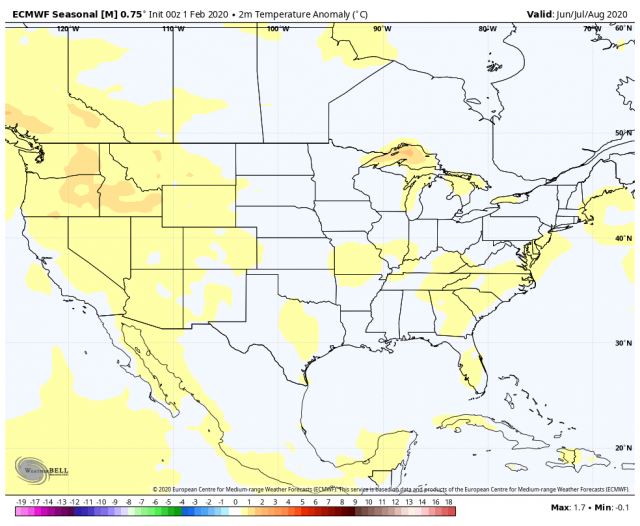 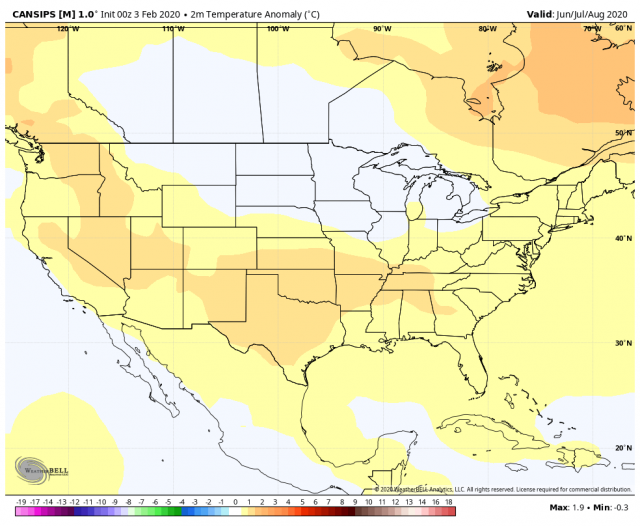 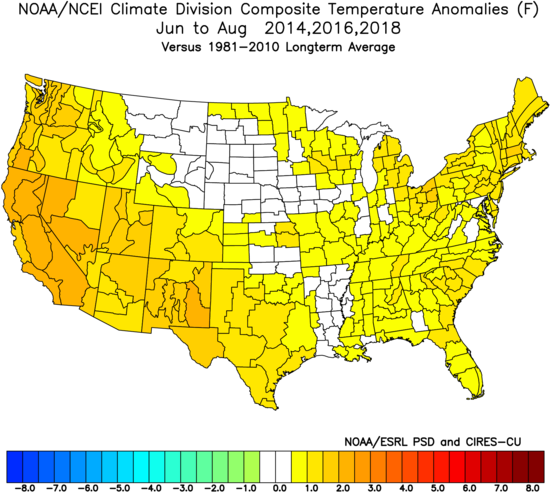 Those years are simply blended to best represent the hand-drawn map.

The SST forecast on the CFSv2: 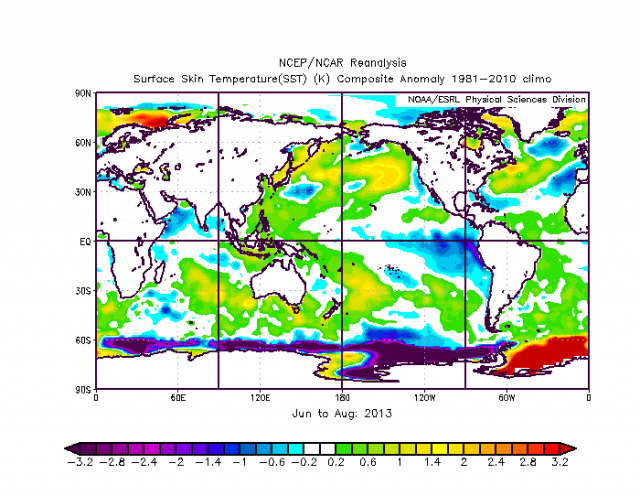 That summer was cooler than what we are forecasting, but then again the warmth in the Atlantic and Gulf of Mexico this year should supply the higher bases for nighttime lows. 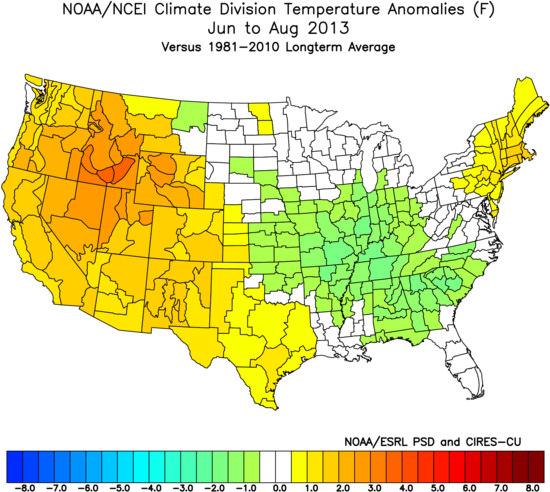 The precipitation forecast is tough. The JAMSTEC: 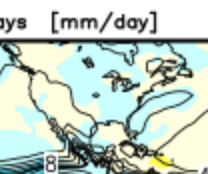 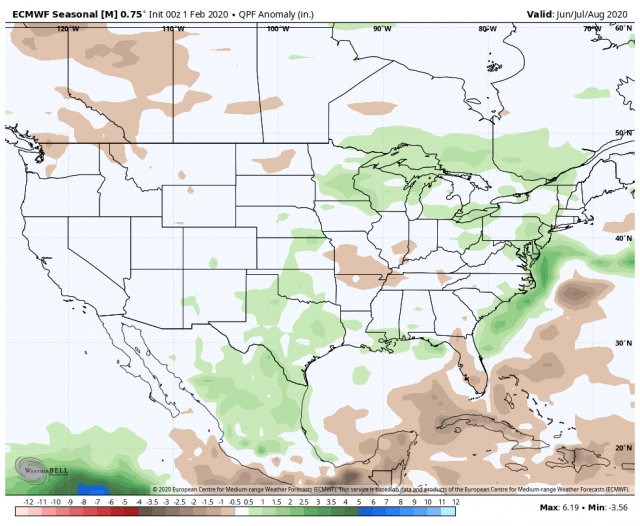 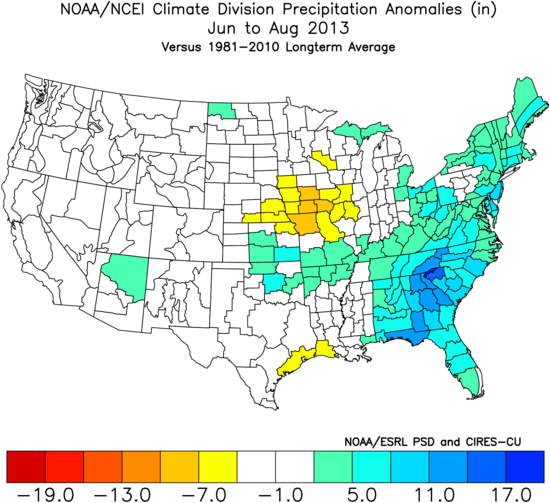 These are all wetter than the CFSv2. The Euro is closest to the 2013 analog.

This is also interesting from the perspective of the hurricane season. You would have thought at the beginning of 2013 with a La Niña brewing and warm Atlantic basin there should have been trouble brewing. However, 2013 was a non-eventful year, with a very low ACE and no major hits. It's as if it rained so much near the coast that it took the energy out of the pattern. The precipitation pattern of 2013 looks like something that would imply several tropical cyclones impacting the East Coast yet it was amazingly quiet: 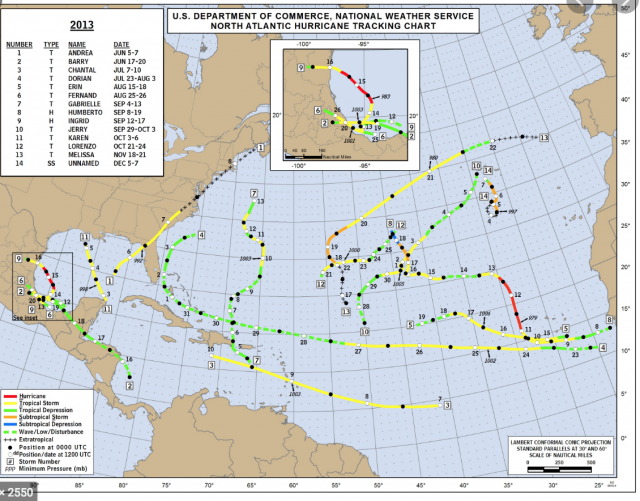 A widespread warmer than normal summer is on the way for the nation. The oceans in the Northern Hemisphere are so warm that they supply the base to keep nighttime lows up. There is the danger of extra rain, as once above the boundary layer the atmosphere has not warmed enough to keep pace with the low-level heat content, hence the reason the summers since 2013 have been wet.