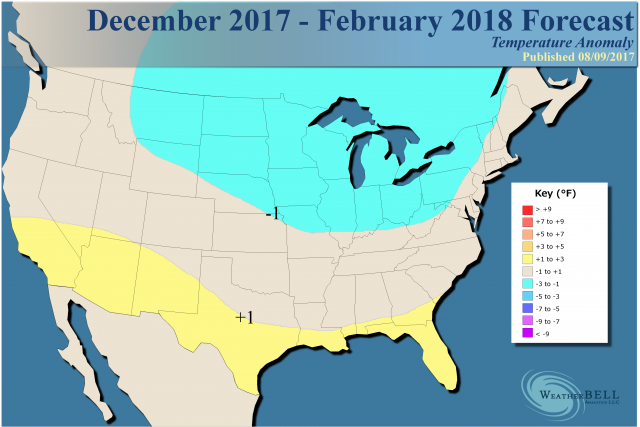 This is our snowfall idea:

The European seasonal model has this for November to January in the upper levels: 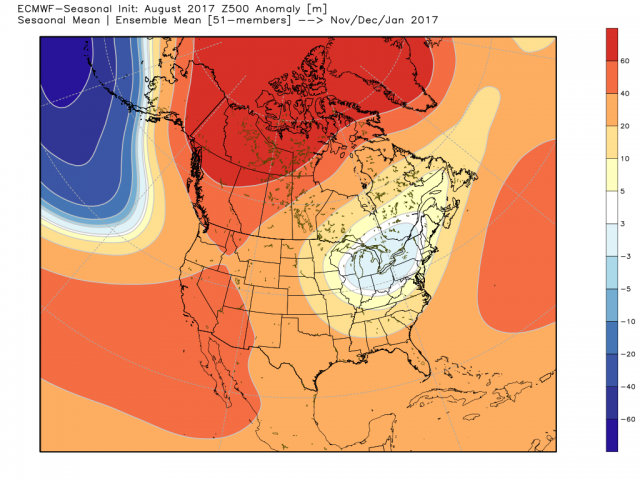 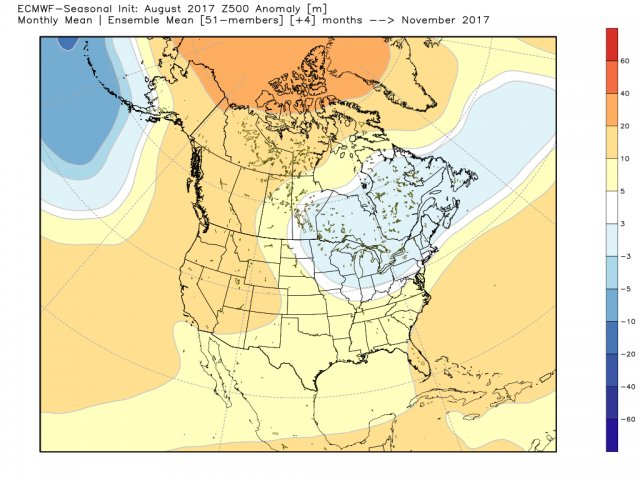 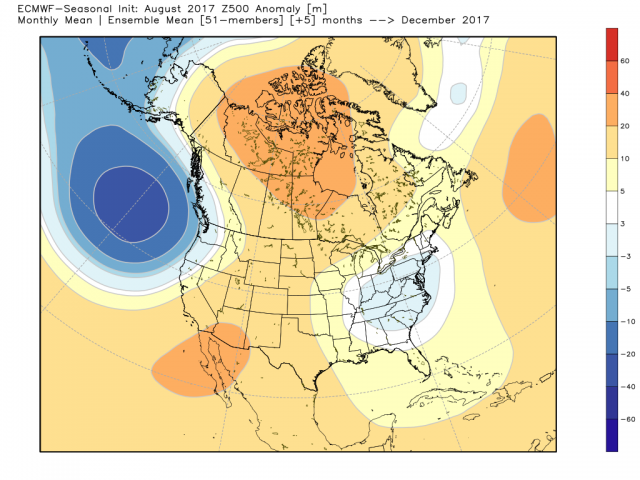 Again in the upper levels, it has this for January: 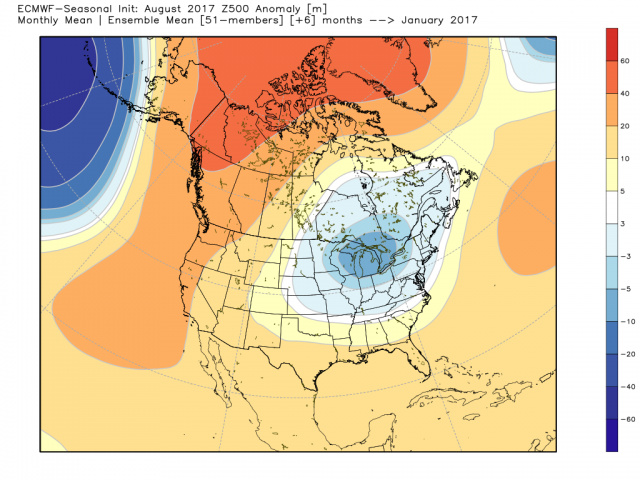 The implication is there would be a fast start to winter that hits and holds. While last winter December tried to get cold, the winter before we saw it in January during the the Super El Niño. In 2014-15, it was November and then late January into February. This winter has the look of more like 2013-14, that had a faster start.

However, by February, the Euro model pulls back: 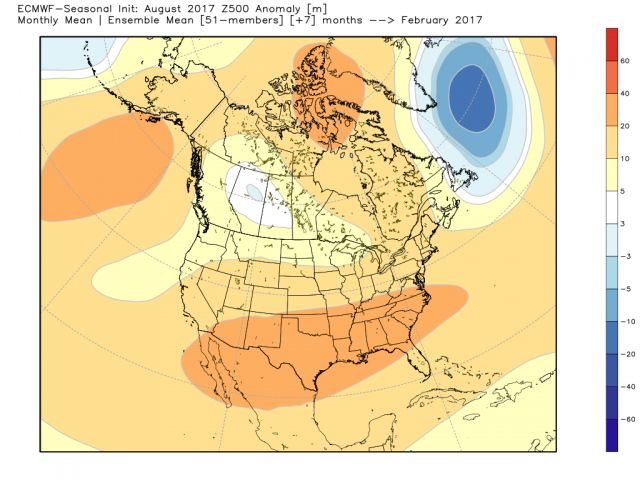 So we get a 3-month period looking like this for December-February: 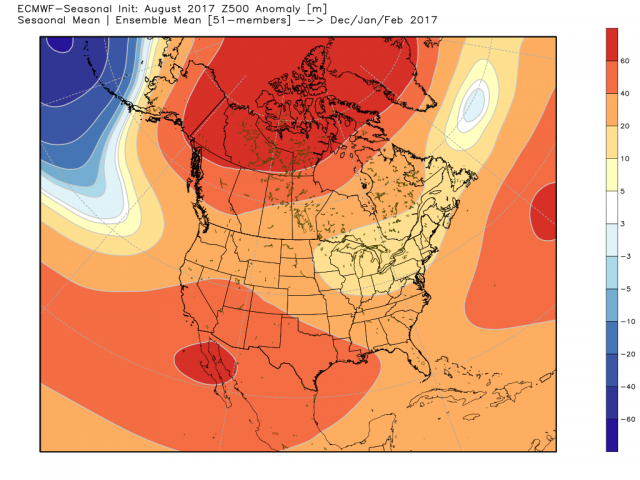 This is really kind of crazy! The blocking stands out, the big Aleutian low stands out, the Southwest ridge stands out, and we have a positive PNA and negative AO. Yet, the model produces a Peggy Lee (is that all there is?) temperature pattern.

Temperatures on the model for November-January: 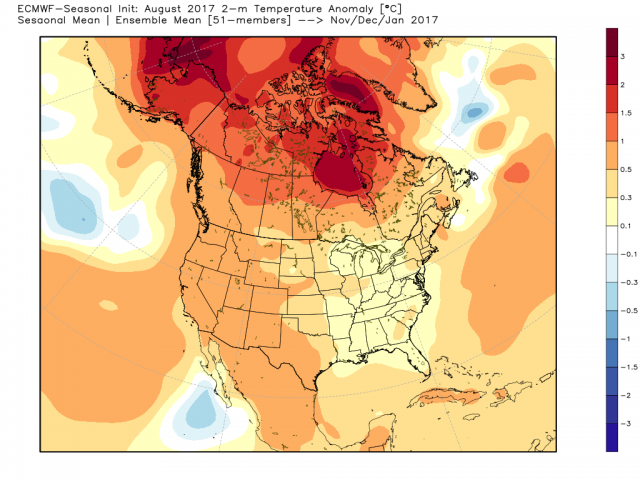 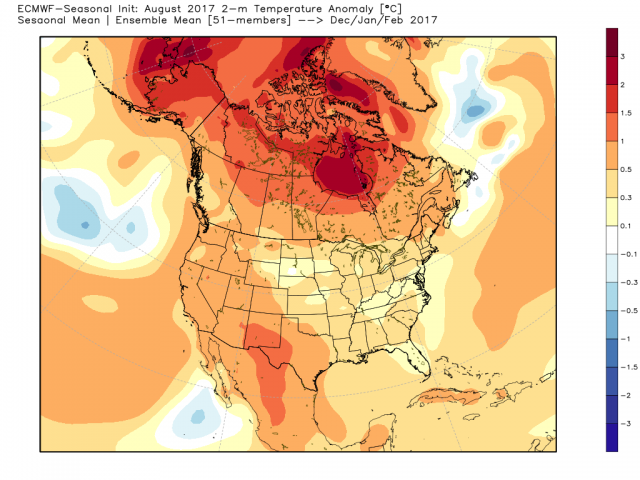 You have to wonder, given the Euro's temperature forecast this summer, if it can actually see cold responses well in advance. If we look at the past winters, it's where the ridge lines up in the high latitudes that leads to the cold temperatures over the United States. Last winter the ridge wound up over the Aleutians and that was the end of the heart of winter for most of the country. The Euro is sticking the ridge in areas where it can get very cold over the eastern and central U.S., though.

In the upper levels, there is a lot of agreement with D'Aleo's Pioneer model.

The Pioneer has a cold temperature response though: 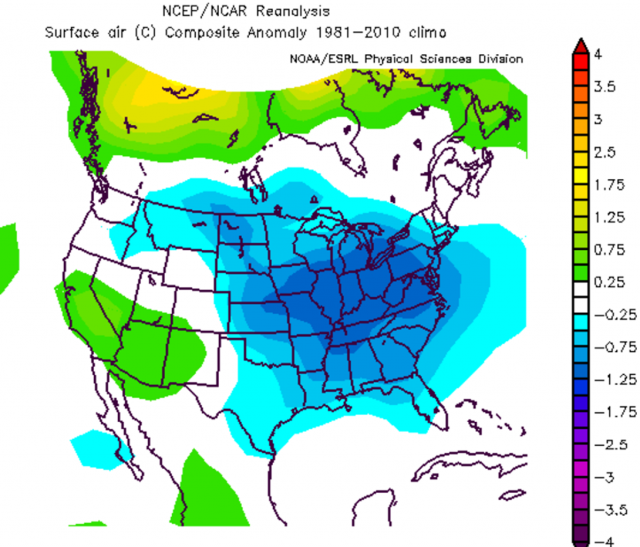 The Euro SST pattern for the winter: 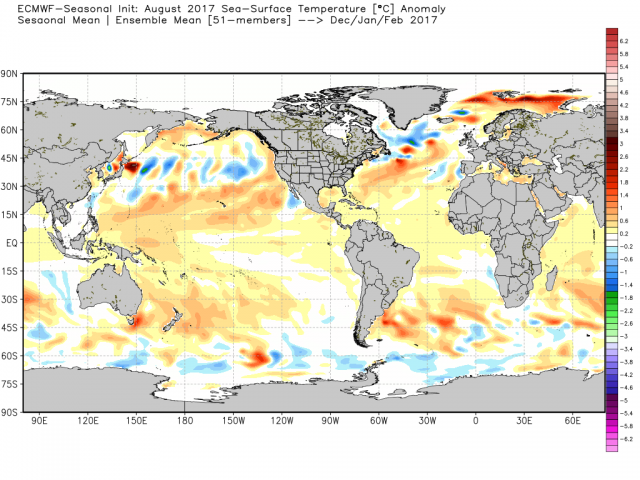 In the Pacific, it looks like a blend of 2014-15 and 2016-17 but with one big exception - the boiling warm water off the East Coast is pushed out farther to the east on the Euro than in the analogs. 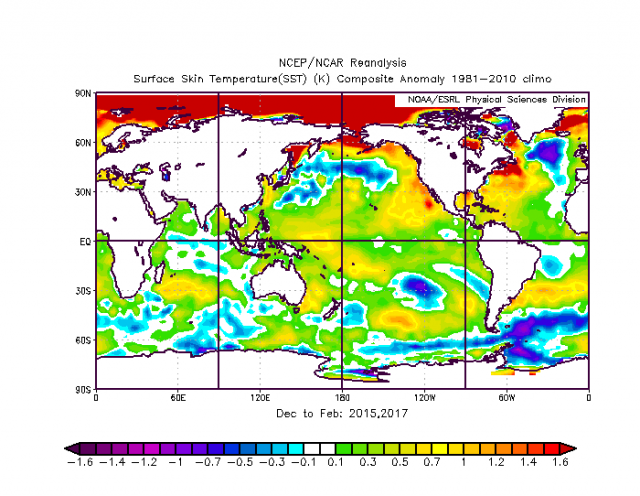 So what did I come up with for a sensible analog? What I did was I went back through winters with no strong signal and we got this for precipitation, which was darn close to the Euro precipitation forecast: 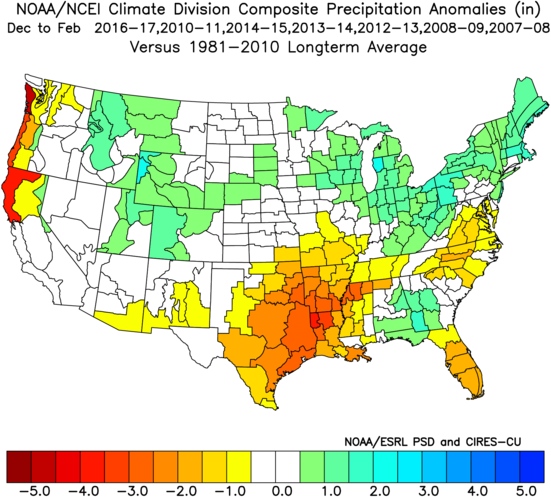 Temperatures were colder farther to the north than I would have liked to see, but I think it is a good blended start. There is no one more than a degree below normal, and the idea that some warmth from the Southwest ridge could shoot across the South is there. 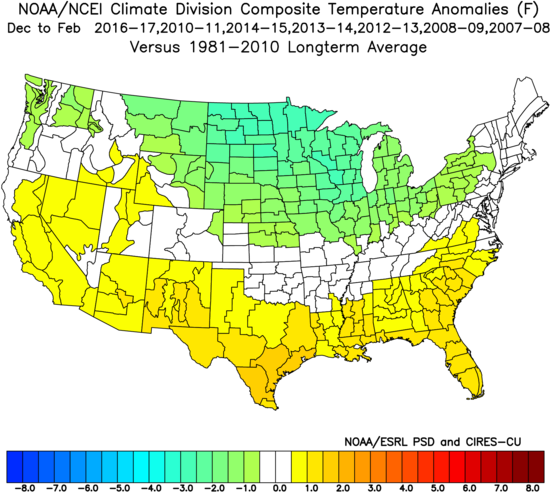 This pattern would be in sharp contrast to last year, which looked like this: 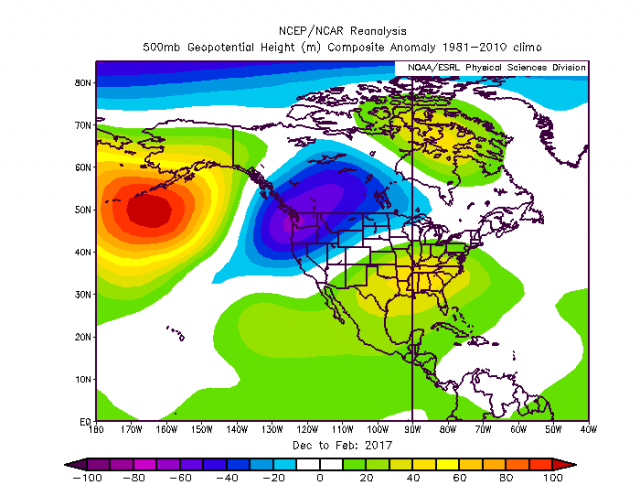 The implication here is that winter will be colder than the last two winters, but I don't want to go to the extremes of the two winters before that.