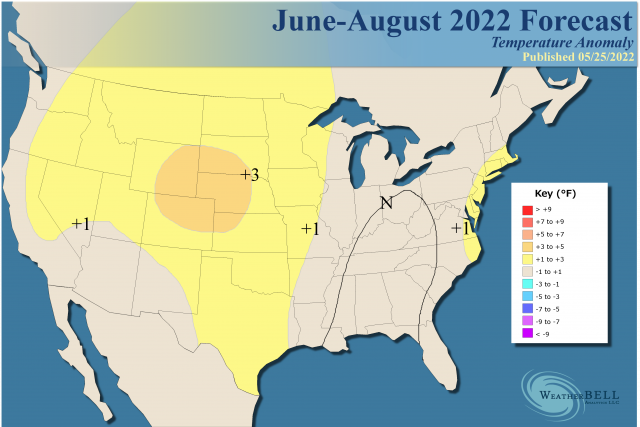 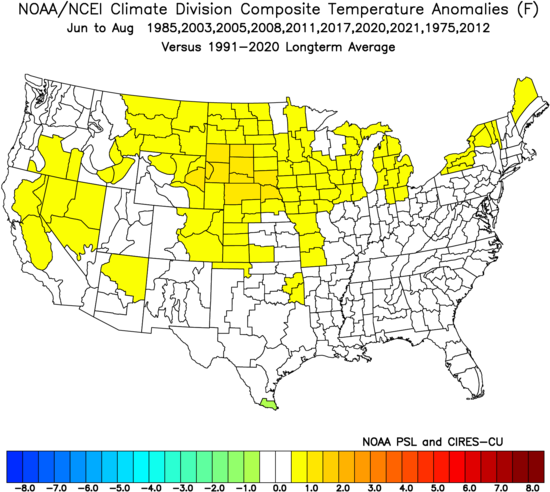 Here is what the Euro Seasonal model has: 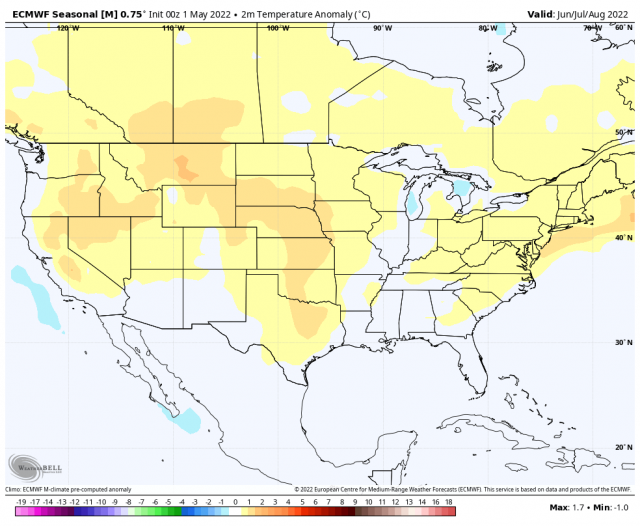 That is very close overall, with some exceptions. 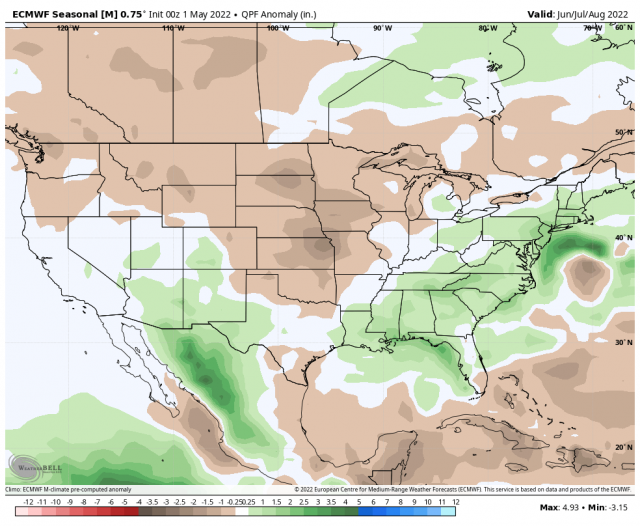 The month ending July 8 on the Euro: 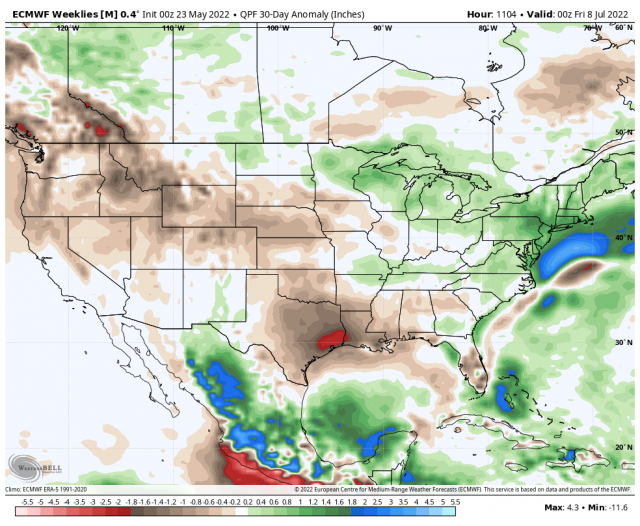 Here is what we have to watch for. The extreme warmth that will start the summer over the western High Plains (where drying is developing now) will start pulling back to the northwest due to the ballooning of the heights over the Rockies. So the center of the positives will pull back a bit into the north-central Rockies. The other ridge will grow over the northwestern Atlantic. That leaves a soft underbelly over Mexico and the Southwest and a shadow trough would develop between the two ridges. Trough-splitting becomes something to watch for as troughs come through Canada, and then a piece can shear out to the northeast through Canada as it faces the Atlantic ridge. A piece, though, can find a way to tail southward and then southwestward for the Gulf of Mexico. It's that splitting in the face of tropical waves that often leads to the rapid development of tropical cyclones as they approach the coast.

So it makes sense as far as the idea that the hurricane pattern we have shown since March is also the pattern that the models are seeing for temperatures and rainfall for the summer. The warming of the Atlantic has made this kind of pattern easier to see since 2000, as you notice all the analogs are post-2000. That makes sense given there is more energy available for the atmosphere to react. We do have to worry about the cooler area being cooler than what we have.

June has been cooled as there is a change from what the Monthlies had earlier: 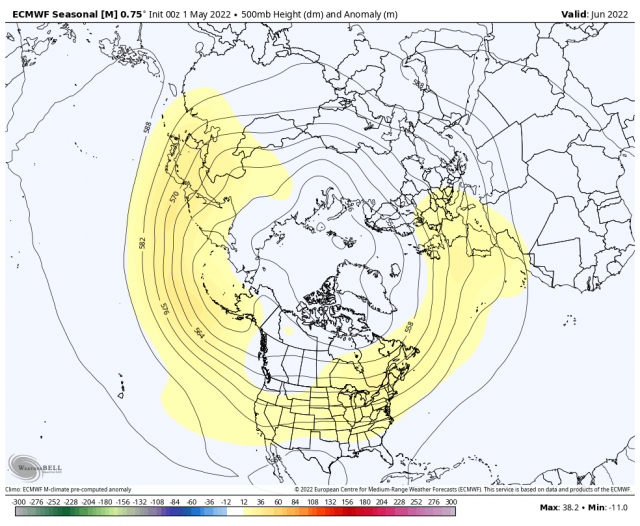 It now looks like this on the Euro Weeklies: 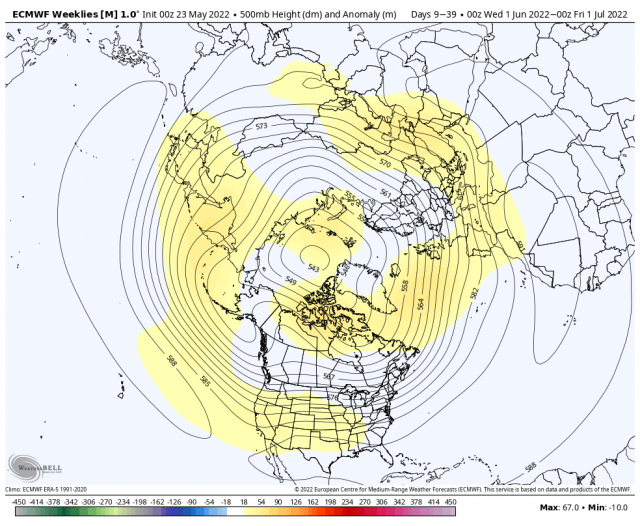 So there is a breach in the ridge. For July the Euro has this: 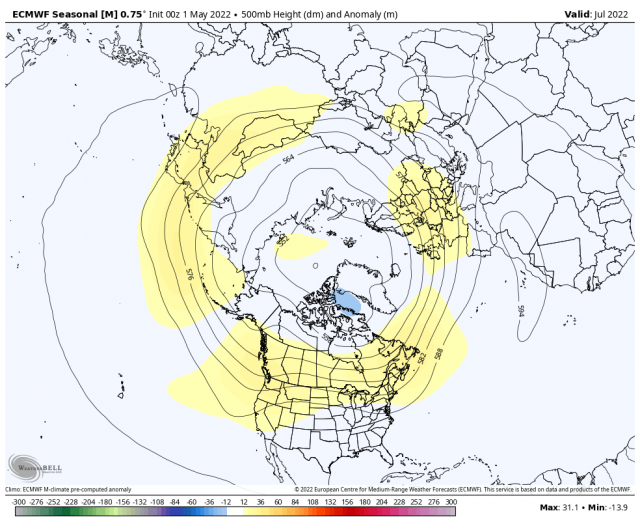 The positives are shown moving back. 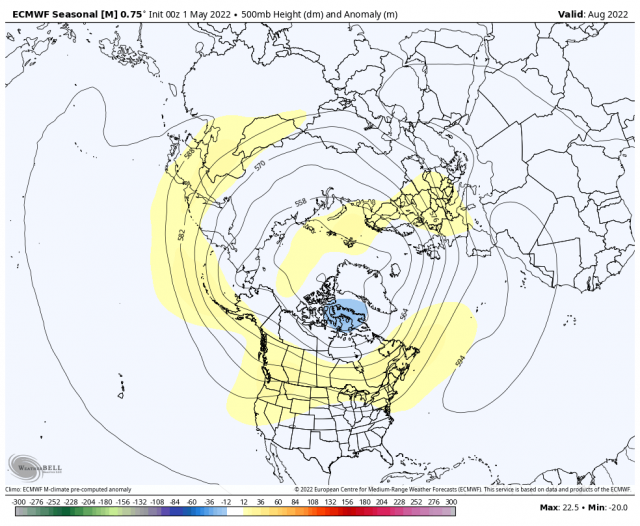 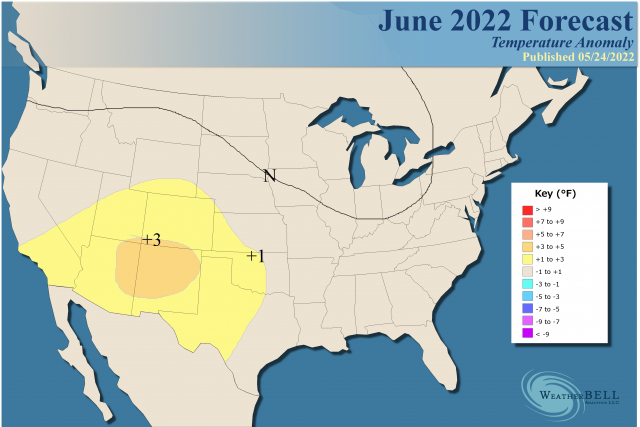 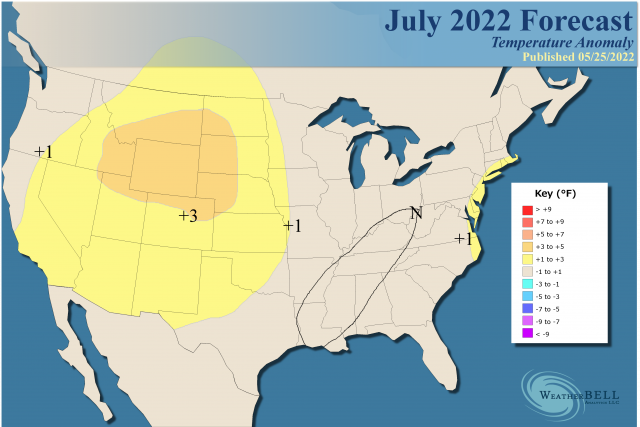 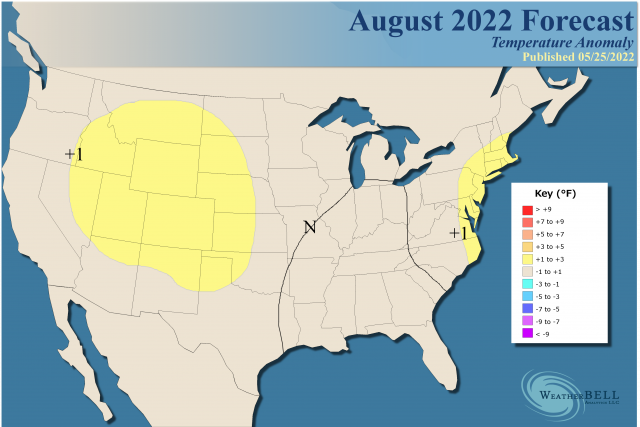 Heavy rain over the next two weeks and a trough near the Northeast coast have forced a change for June, but the overall pattern should get back on track later in June and July. I think July is going to be the warmest of the three months, relative to averages, as very often Augusts with landfalling tropical cyclones have cool air with them. I do anticipate an active and impactful hurricane season. In fact, it should get started June 1-10 with the central Gulf Coast being where I think it goes. That means the ERCOT statement below applies.

The Pacific Northwest has been victimized by the very cold water just off the West Coast, but as the summer progresses the ridge should pull back enough to have them evolve into a warm and dry summer (the core of that will be to their east). With the greatest positive anomalies over the northern and central Rockies, it means the monsoon season should be wetter than average and cut into the temperatures for the cities in the Desert Southwest.