I think you can agree, through the first part of the hurricane season our impact forecast has been on target. The caveat is the season may end with a whimper. Before that, should come a loud bang.

The MJO phases with the impactful storms listed: 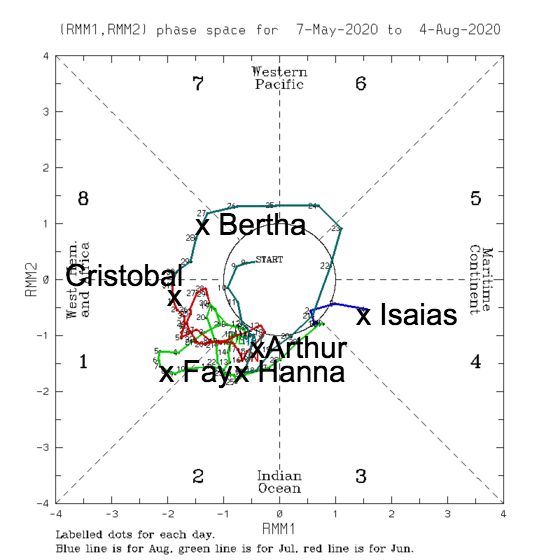 The MJO will continue to be a big key. It is heading back into favorable phases. Should the same kind of crawl occur from mid-August into September, then we should have a major burst of activity. The area I am most concerned about is the Gulf of Mexico.

The new European has enhanced conditions in the Gulf of Mexico. It is the most bullish August forecast the model has had, even bigger than 2017, which it had as normal the rest of the way in. Historically, the Euro is notoriously underdone, likely due to it not seeing some of these North Atlantic spinups that get thrown into the mix. The model has the western Pacific continued to be shut down, so the Atlantic and eastern Pacific have to take up the slack.

The precipitation forecast from the Euro: 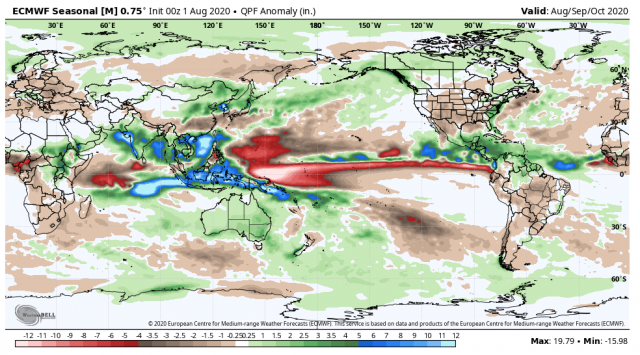 This continues to show similarities to Phases 2 & 3: 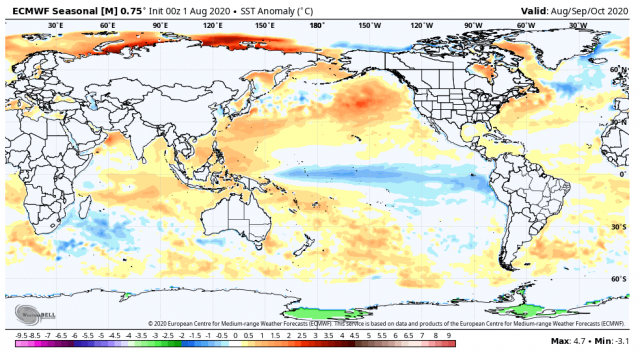 We see a classic La Niña evolving with the warm Atlantic.

The JMA over the next 4 weeks shows the evolution to a pattern that implies a phase 8/1 slowly migrating toward 2/3:

When to week 3/4, we should be quite active:

The area around North America has to take up the slack implied in the western Pacific. 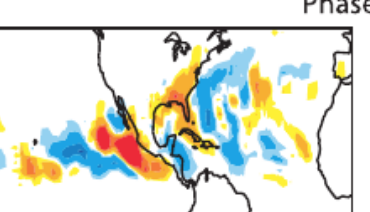 Notice the complete shutdown of the western Pacific.

The idea I have is that another slow crawl into favorable phases will develop, but once out of that (later in September and October), a more amplified move into Phases 4 & 5 will develop as we transition toward the winter pattern.

The big difference in the rest of the season will be the amount of "ACE" per storm. The current ACE per storm is a bit over 2.5, 25% of what it was in the 1950s, and about 33% of the last 20 years (which have had more storms but lower ACE per storm). I expect the rest of the way in that the ACE per storm will be 3-5 times higher than what we have seen, though it's tricky since the greatest intensity may be later in a storm's career and the speed of movement is crucial.

The impact areas remain. Remember this is versus the total ACE and the average ACE in these areas, so one big storm up the East Coast and that area maintains its status as a very busy one. However, like 2005, I think the Gulf of Mexico is the big sitting duck. The Euro has a large, strong enhanced area there. It would figure, given the overall 500 mb pattern, that some of these will come up. Isaias was the first warning shot for areas in the Caribbean that took the big hit in 2017. My take is a blend of those two years for expected impacts is a good way to go. The bottom line remains, as we said to buckle up before the season and make sure you still are now.